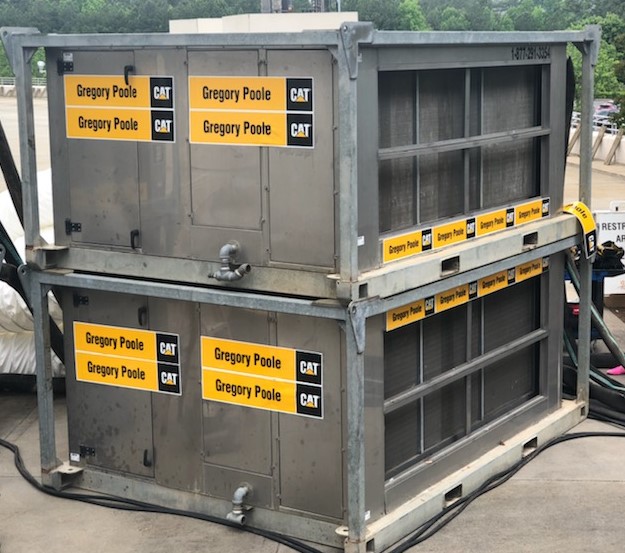 At Gregory Poole, our temperature control equipment helps create a comfortable atmosphere in many applications, such as inside manufacturing plants and entertainment venues. Recently, we added PNC Arena in Raleigh, North Carolina, to the list of local establishments we serve.… 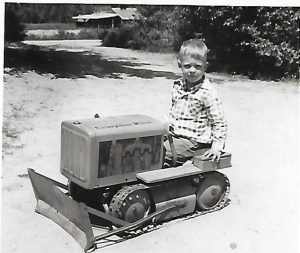 The Raleigh Construction Service team is using their free … 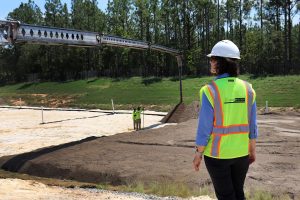 Michele Horn is the proud owner of Landart Solutions, where she and her team find the joy in problem solving. Based out of Fayetteville, NC, Michele and her husband and business partner, Matt Horn, have built their company over the …

Why Repower Your Boat with Cat Engines? 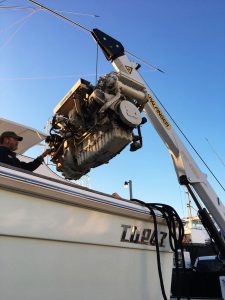 Fred Wallace, owner of a 32’ Topaz Express named ‘Riptide’, came to a crossroads many boat owners face – do I repower or do I buy a new vessel? Mr. Wallace weighed the options available and after careful consideration he … 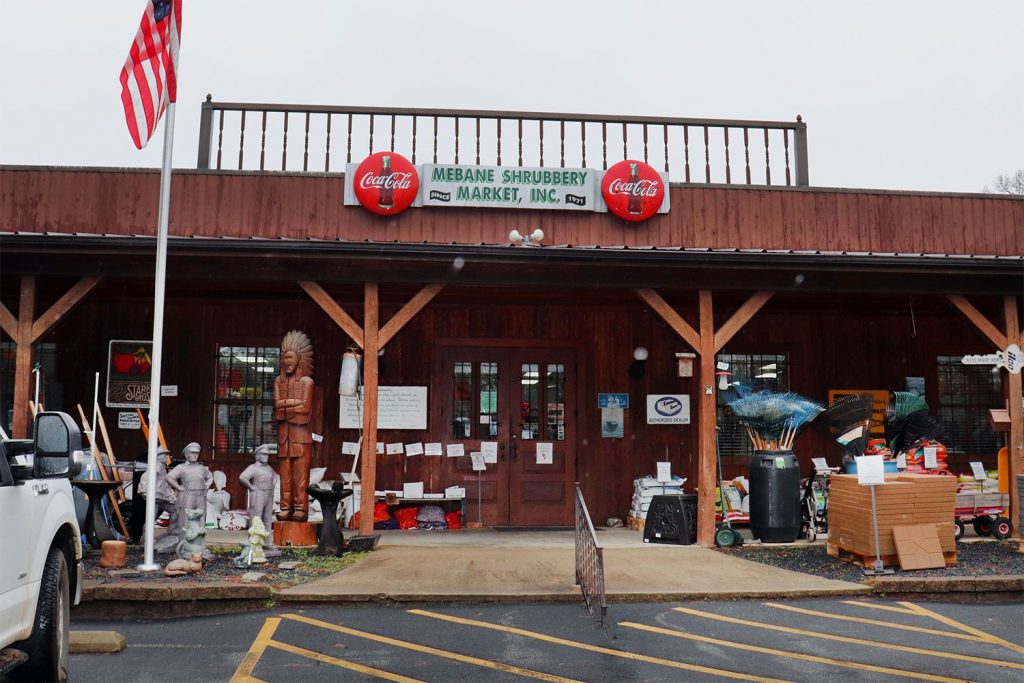 Mebane Mulch Plus, Inc., dba Mebane Shrubbery, prides themselves on being the landscaper’s one stop shop. The company went under new ownership last summer – owner, Susan Hayward working alongside her husband W.A. took over the business with the same … 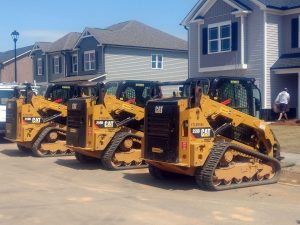 Chris Ford, owner of Ford Companies, relies on his Cat® equipment to get the job done every day. From 2013, when the company was incorporated, Chris has been working with Gregory Poole for all his equipment needs. The first … 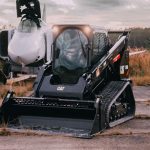 M&W Land Improvement, Inc. started in 2003 with a handful of guys landscaping residential yards for newly constructed homes. They have grown to an average of 38 employees. Today, they provide landscaping services to several home builders in the area. …

As previously announced, Caterpillar Inc. has entered into a preliminary agreement to sell the Cat® purpose-built forestry business to Weiler, Inc. Gregory Poole will work closely with Weiler and Caterpillar to ensure a smooth transition for customers.

On land where his grandfather harvested tobacco decades earlier, Jimmy Williams worked a feller buncher to select cut a mix of pine and hardwoods on 71 acres now owned by the Army Corps of Engineers near Jordan Lake in Chatham … 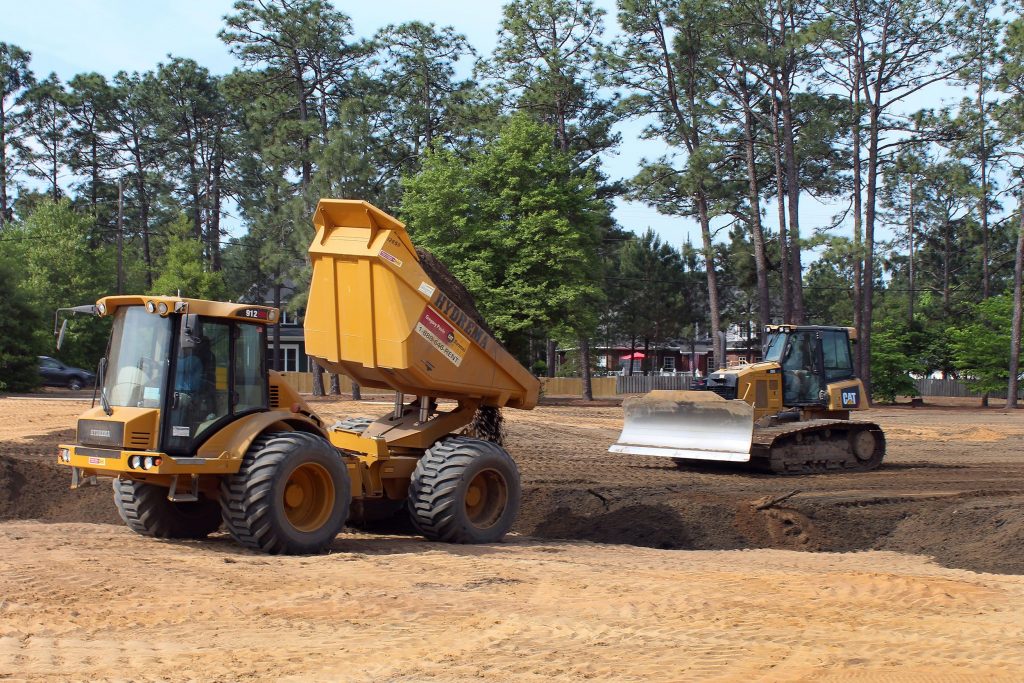 In North Carolina, we all recognize Pinehurst for its legendary golf courses.  As America’s first golf resort and three-time U.S. Open site, Pinehurst has greatly helped define the American golf story. Of the 9 great … 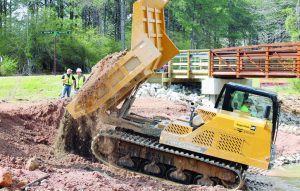 Joe Wright could almost serve as the face of the small-business construction business in 2018.

A young, college-educated man who, in a relatively short time, has built an outstanding reputation for himself and his specialized company, Wright Contracting LLC. 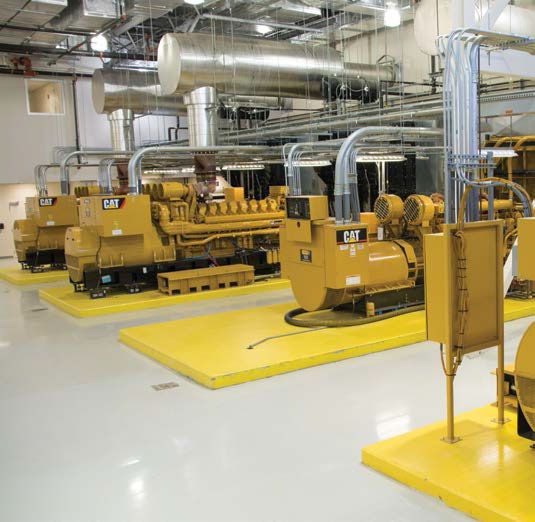 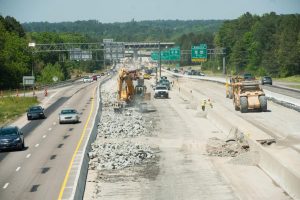 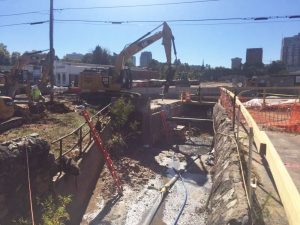 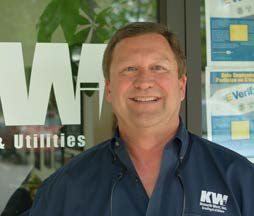 As a contractor serving housing tract developers in the Research Triangle region of North Carolina, time is of the essence. In a … 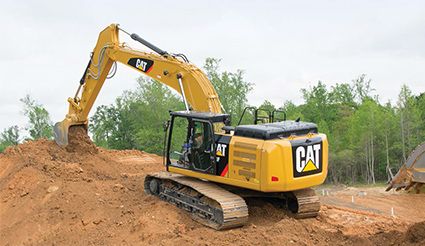 As the housing boom continues in the greater Raleigh-Durham area, site prep contractors like Wellons Construction have all they can do to keep pace with demand. 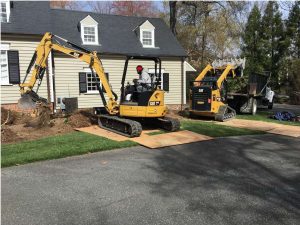 When Powell Fox, owner of Clero Landscaping Inc., had his first trial with a skid steer in 2005, he was impressed by the Cat equipment and knew he would continue working with Gregory Poole. Fox shares his reasoning for choosing …

Citadel Contractors Inc. is a national leader in Tilt-Up construction. 90% of Tilt-Up work is done on the ground, where concrete wall panels are poured at the job-site and then lifted into place. This saves time and money for construction …

Energy Efficiency in Wood Chips Made for Energy Production

Chris Hopkins, a research associate with North Carolina State University, is pretty good at finding partners when he sets his sights on a new project.  His latest research revolves around energy …

JP Edwards Inc, out of Smithfield, NC is celebrating 50 years in business, and building the state of North Carolina. The company has been loyal to Cat® since they started working with Gregory Poole 35 years ago after making the …

Yardology Corp. began in 2014 when President, Eric Smith decided to leave his job in the banking industry and start his own landscaping business. He put together a team with more than 20 years of experience in the industry and …

Since 1951, the Poole Family has proudly served our customers with a commitment to high quality service in a timely and professional manner. I hope you know how much we appreciate your business and that you allow …

If you have been in Raleigh, NC over the last year, chances are you’ve seen the site for the Holy Name of Jesus Cathedral for the Catholic Diocese of Raleigh. Gregory Poole Equipment Company has multiple customers … 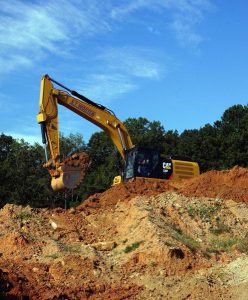 We here at Gregory Poole want to honor all of you who help build the great state of North Carolina. We know your job isn’t easy. That’s why we’re here to give you a hand, even if you rarely ask …

The Parts You Need, When You Need Them